Mr. Kumar is a 35-year-old father of two. To earn a living, he lays bricks, mixes concrete, paints walls, and does any other construction work that can earn him a daily wage. One unfortunate day, he suffers a fall from height, resulting in a bloody open fracture above his ankle. His supervisor takes him to the nearest PHC, where the nurses control the bleeding with dressing and asks him to be taken to the taluk hospital. His wife, Sheela, drops her work as domestic help and rushes to the PHC where an ambulance takes both of them to the taluk government hospital. He gets admitted there and awaits surgery. Kumar is already frustrated about missing his daily labor and that now he has to spend their meager savings on an array of blood tests and x-rays. At Rs 100 per x-ray, the initial set of investigations have already cost him a week’s pay. In addition, the family has to feed themselves in this alien town all while missing out on their wages. His doctors also inform him that he has something called systemic hypertension. Thankfully, the public insurance scheme will pay for his hospital stay and surgery, but the doctors have advised that he must spend at least 3 weeks in the hospital with regular change of dressings for his extensive open wound. Each day away from work means that the expenses for food and medications are eating into their almost nonexistent savings. A minor twist of fate is thus strangling a family of four.

For Kumar, every single day spent at the ward is a step closer to absolute poverty. He is not an outlier though, he is just one of the millions that suffer this generational poverty that can get worsened by unexpected situations. We know that at least 23% of Indians live below the poverty line. In other words, over 32 crore souls manage to live with an income of less than Rs 32 per day. Startling, indeed. What’s worse is that every year, an additional 10.2 crore people get pushed below this threshold after spending their savings on catastrophic medical expenditures. For the most part, the public health system in India is run on tax money that we pay the government as citizens. The Union and State health insurance schemes ensure that citizens do not have to spend a lot of money out of their pocket when they get treated in government hospitals. In critical fields like maternal and child health, the government goes as far as providing incentives for seeking out medical care, monetary or otherwise (for instance, Janani Suraksha Yojana). But the socialized healthcare system in place has not fully satisfied the healthcare requirements of a country as populous as India. 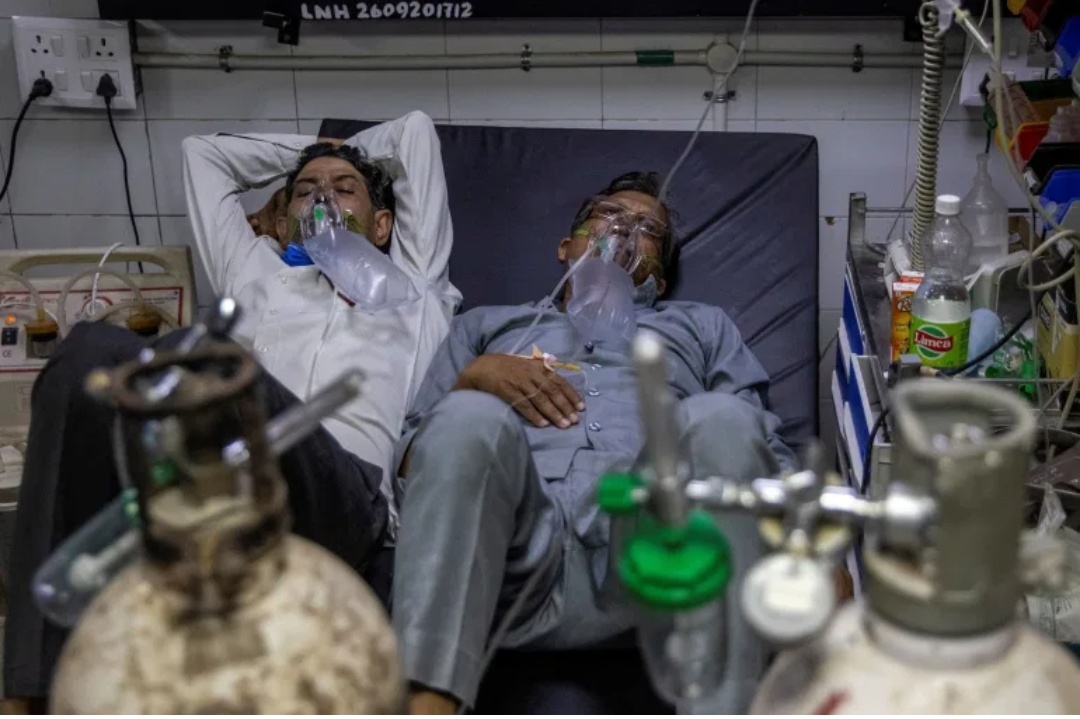 Surveys indicate that only about 35% of the people rely on the government set up for their medical needs. A massive population and low public health spending by the government have led to a well-developed private sector, but this can cater only to the upper and middle classes. Our Mr. Kumar cannot afford to pay for the consultation fees or the medicine prices in a private hospital, just because of the social condition he was born into.

After three long weeks in purgatory, Kumar urges his doctors to discharge him so that he and his wife can get back to work. Reluctantly, the doctors send him off with a prescription for painkillers, antihypertensive medication, and antibiotics. Since buying them at a private pharmacy for months together is unimaginable for him, he goes to his PHC. There he is greeted by an important guardian angel in the pantheon of health problems in our country: “Hello sir, here are your painkillers and antihypertensives, but the antibiotics have been out of stock for a while, thank you”. Since there is nothing he can do, Kumar returns home and tries to get back to the grind of his regular life. But without the antibiotics, his wound starts to fester, and a chronic non-healing infected wound may land him in the hospital once again. He may lose many more weeks of work, or worse, half or the whole of his leg.

For many like Mr. Kumar, government hospitals remain the only way of acquiring essential life-saving medicines. But not all of it is free around the country. Where do these drugs come from?

In most states, the drug supply system in the government sector works in a top-down fashion – A pharmaceutical company A gets an order for 10,000 units of a drug X from a state government; The company sells the drugs to the government with a good profit margin. The government then stores it in central warehouses which are then supplied to the hospitals as required. So far so good, right? Now if Company A has political power, it can sell a million units of drug Y which may not be an essential drug but is highly profitable for the company. These million units will now rot in the government warehouse, while the money spent on them could’ve been used to buy drugs that are actually in demand, like Kumar’s antibiotics. The same applies to ventilators, surgical equipment, etc. Most states have very limited information about the stocks required at a taluk/regional level, so it becomes extremely easy for those in power to exploit the system and extremely difficult for a patient to acquire their meds. But there is no need to reinvent the wheel, some states already have plans in place to combat this. Tamilnadu, for instance, instituted a state-owned drug manufacturing, distribution, and supply corporation that is very decentralized, and operates in a below-upwards fashion. A weekly indent from a nurse from each PHC would determine how much drug gets stocked in the local warehouse – hence there are fewer chances that unwanted drugs get stocked up just to fill the pockets of a few at the top. Rajasthan, with its e-aushadhi scheme, has made information on drug and instrument requirements so transparent that even the daily prescription requirements of every PHC can be monitored online. Many other states have followed suit and are making large leaps in this field.

When a person spends out of his pocket in a government hospital, around 64% of it is on medicines. But apart from a handful of essential drugs, most of the pharma/medical instrument industry is unregulated when it comes to pricing. If we set a maximum price limit for every drug on the market, problem solved, right? Indeed, there are policies to monitor and

enforce price capping, like the National Pharmaceutical Pricing Authority (NPPA). But merely setting a maximum limit for drug prices is not the panacea for the shortage of drugs and medical instruments throughout the country. For instance, if the government imposes a price limit on Atorvastatin 10mg tablets, small companies may stop producing them altogether in fear of losses. Some companies may start manufacturing Atorvastatin with Vitamin E, or the same drug at a higher/lower dose since the price cap won’t apply to this new unwarranted formulation. There can also be a compensatory drop in the quality of the drug, all of which are ultimately harmful to the patient. Companies may also wield their political influence to include/remove drugs of their choice from the list to suit their needs. But with strict quality control and wiser incentives to promote competition, the problems in drug production can be dealt with. With a decentralized, transparent, below-upwards approach in the drug supply chain, we can tackle the problems with drug distribution. Remember, it’s not that we cannot produce enough, but we have major issues in distributing the resources we have. As we move into an age of socialized healthcare where the government pays for hospital stays and most expenditure through taxes, the challenges in the supply of drugs and instruments would be the Goliath that we have to fight next.

At present, India spends just 1.28% of its GDP on healthcare and has vowed to increase it to 2.5%. The gaping holes in the edifice of supply and demand have only widened during the ongoing Covid crisis. Mismanagement will affect everyone in the society in times of crisis, whether or not we are part of the 35% dependent on the public health system. In addition, improvements in public health and preventive medicine will help us tackle these challenges before they see the light of the day.

As a lone doctor, it may seem like one is a mere pawn in this huge perplexing game, but sic parvis magna – the greatest of things begin small. A good doctor would prudently prescribe investigations and drugs, and tailor it, healthcare is the course of management according to the needs of the individual patient. Every Kumar, Ahmad, and Meera we meet as patients are much more than the disease they present to us with. A little mindful empathy to the condition of our patients will open our eyes to the bigger, uncomfortable truths that lie beneath the surface of our healthcare system. If we educate ourselves on the economic and political winds that sway and move the sails of healthcare, we young doctors can masterfully steer the ship in the right direction, whatever storm may befall us. 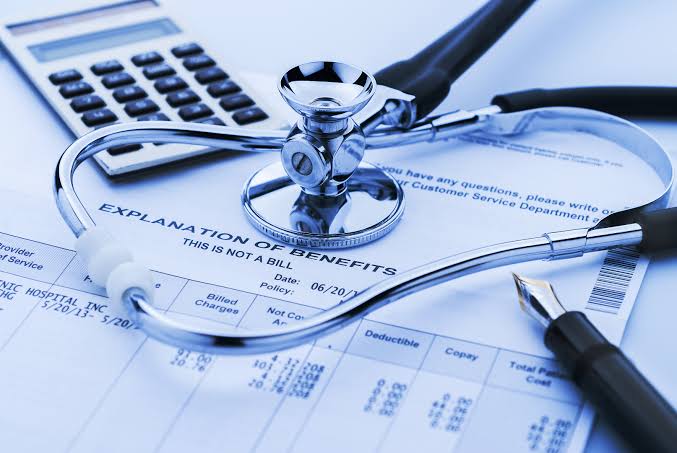