Every Indian can vividly picture this scene-

A newly married lady has just fainted, the family is tensed, a family doctor is thus called for, who promptly appears on screen embellished in an apron and a stethoscope for a neckband. The doctor walks into the room, palpates the radial pulse of the patient for a very long 2 seconds and declares “congrats! aap maa banne wale hai”!

No UPT, no dating scan, not even a remote menstrual history, nada.

Cut to, the same lady trips over her saree and dramatically rolls down the staircase. Fast forward to the part where the doctor once again through the “art of deduction” states “aapka baccha ab nahi raha” *melancholic music*.

What is this advanced technology bollywood has hidden from us, the medical fraternity? I mean, I would love to learn this diagnosis method, which would save us so much time at the ObGyn department!

Now, I know a lot of us will opine that pregnancy or any diagnoses for that matter happened long before the era of machines or diagnostic kits. Yes they did, by detailed history taking and thorough examination of the patient. Not by merely assessing the vitals.

I am well aware that these are miscellaneous parts of the movie not the main plots in itself, of course they cannot dedicate the movie to detailed history taking and examination. But the least Bollywood could have done was add a scene lapse hinting that the doctor has in fact done something more than palpating the peripheral pulse of the patient before arriving at a diagnosis!

The massacre of the medical fraternity by daily soap operas is another league in itself! The wife boldly plunges in a random needle lying on her husband’s (death) bedside after the doctors have pronounced him dead. Followed promptly by the zoom in stills (sometimes in black and white for extra effects?) on all involved parties, and suddenly the husband opens his eyes wide with a massive gulp of air. 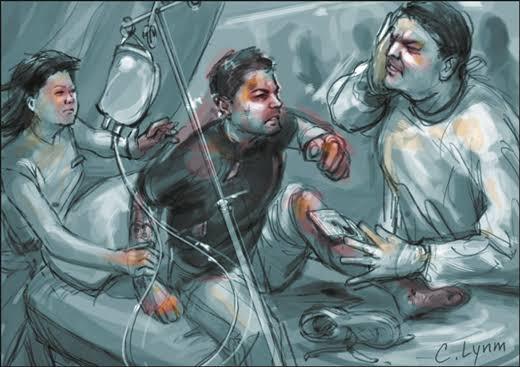 First of all lady, that was sterile water which you plunged right into his sternum which should have ideally broken the syringe.

What Bollywood lacks when it comes to medical movies (in particular) is research. For these blunders are committed even in movies which centrally revolve around doctors.

Was Jehangir Khan (no movie names for obvious reasons) a psychologist or a psychiatrist? How smoothly interchangeable it has been throughout the movie! Keeping aside the fact that the two are entirely different professions that are very clearly defined, the movie has taken absolutely no consideration of doctor- patient ethics! No doctor who respected the profession would ask a patient to meet them at the beach, and for a session no less. “observing the patient in unorthodox settings at the convenience of the physician; [1]” is clearly a breach of the professional boundary. While I agree the movie put great efforts to normalize seeking mental help, spoke of prevalent issues they let medical ethics go down the drain.

A recent movie of a love story between Vikram Aditya, a palmist and Dr Prerana (no movie names again) shows her trying to resuscitate a seemingly dead patient. While the CPR technique (runtime – 44:30s, do watch :p) was laughable even to non medics, she administered CPR to a live patient who was “practicing death”??? She checked his jugular pulse, which obviously would be palpable because breath holding wouldn’t stop cardiac activity. Which concludes that she administered CPR.. On what grounds, sorry?

The most infuriating movies are those which show people fighting mental illness getting surprisingly well with life advice from random people. I mean, not any advice is good advice. More importantly, some mental disorders are potentially harming, to the patient and to others. Bollywood has repeatedly failed to show how this necessitates medical attention. A life coach is not enough! You sometimes do need medications, therapies. Counseling sessions and trips with friends are only supplementary to your treatment, they are NOT treatments by themselves! 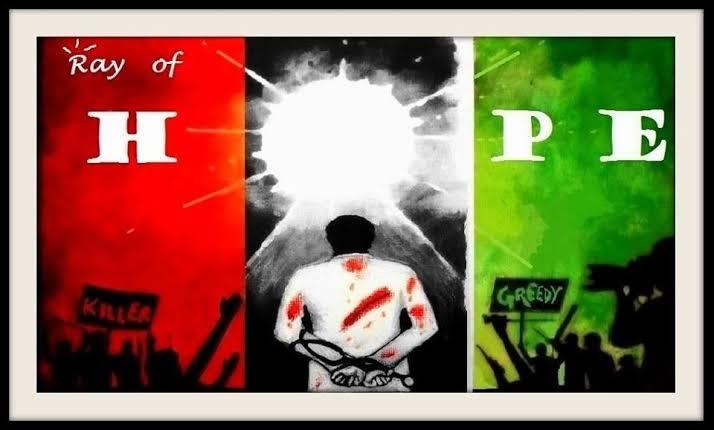 None of this irked me before, as an ignorant non doctor. However, rewatching these movies with unrealistic super powers bestowed on doctors makes me wonder if this has fuelled the public expectations of doctors.

For a movie, it is all emotional, touching and adds to the goosebump moments. However, the problem arises when patient parties begin demanding the same from real doctors in real life. The doctors who are not protected by the glamorous shield of Bollywood.

Additionally, a lot of modern day Bollywood movies have restored to either showing doctors as corrupt, malfunctioning drug addicts or they have simply casted doctors as useless beings that fail to save patients when all that was needed was a stern “tum mujhe chodke nahi jaa sakte ho” from the partner which pulls the patient back from the afterlife, inviting public hatred towards doctors, somewhat allowing violence against doctors.

However, there have been movies which have done a fairly decent background check as needed by their movies and shed light on some medical conditions as a social responsibility.

Be it with Ishaan fighting dyslexia with the aid of art teacher Ram (though the movie seemed to say no doctors needed, it did good on the dyslexia front), Aditi fighting SCID, ending up with pulmonary fibrosis post chemo and succumbing to the condition (without a dramatic, medically unexplainable recovery, but this movie was a real story and not a B town script, so no credits there), Munna (thankfully) not getting his MBBS degree for good behavior are some movies which do justice to the medical fraternity.

A movie which needs laudable mention is the most recent one which not only cast off the bias that ObGyn is for the ladies and Ortho is for men, but it also called off every “heroic” action the lead character pulled off simply because it was against medical ethics, guidelines or proof.

To show recovery is to give hope and hope is what drives our life. But, one person’s hope turning into another’s nightmare is exactly what is happening today.

All said, for any treatment to work positively, the patient’s will power, willingness and family support is a major mandate. It can indeed work wonders.

As doctors, we want nothing more than medical miracles to happen when all else seems lost. We are humbled with the knowledge that there is much that we don’t know yet, and there are discoveries waiting to be made which could save lives.

However, we also know that we are limited in our magical powers, we are bound by the ethics and beliefs we uphold and sometimes, to all our dismay, despite our best efforts, will of the patient and prayers, we are going to lose patients. It breaks our hearts as much as that of the family.

We would want our patients and their parties to understand and acknowledge this.

We would want Bollywood to also understand this. Also that it is not possible to bring back absolute movement to a quadriplegic patient by just words, transfer blood – vein to vein directly, transfer organs from any random cadaver to patient without prior testing. These things take time, tests and positive matches! You don’t have to show those in your movies, just indicate those!

Hail medical miracles, but if it happens to everyone (or in every movie), it’s not a miracle any longer!

All movie reviews are personal opinions, however I won’t be providing any links to the original movies, cos um, not fond of inviting any libels.